Somerville is a vibrant city voted “Best Places to Live” in America by CNN’s Money Magazine in 2019, the “Model City” by the Boston Globe in 2006, Inc. Magazine published in 2019 that Somerville is the best place in America to start a craft brewery, and a continual string of similar accolades.  Did you know….the Somerville website boasts that Somerville houses more artists per capita than any place other than New York City?  Somerville’s use of technology in city management has been a research lab of techniques in collaboration with Harvard’s Kennedy School of Government and roundly praised as a ground breaking success.  From colonial days and Revolutionary War times (yes, the Powder House was a….powder house….in the 1770s), to the revolution of “tech jobs” in the new millennium, which seems to see no end, Somerville aims to be at the forefront of all things art, technology, foodie, and hip.

What's happening in Cambridge and Somerville? Get fun, weekly events delivered to your inbox! 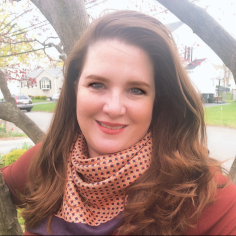 Connect with Me on:

Have a Real Estate Question?